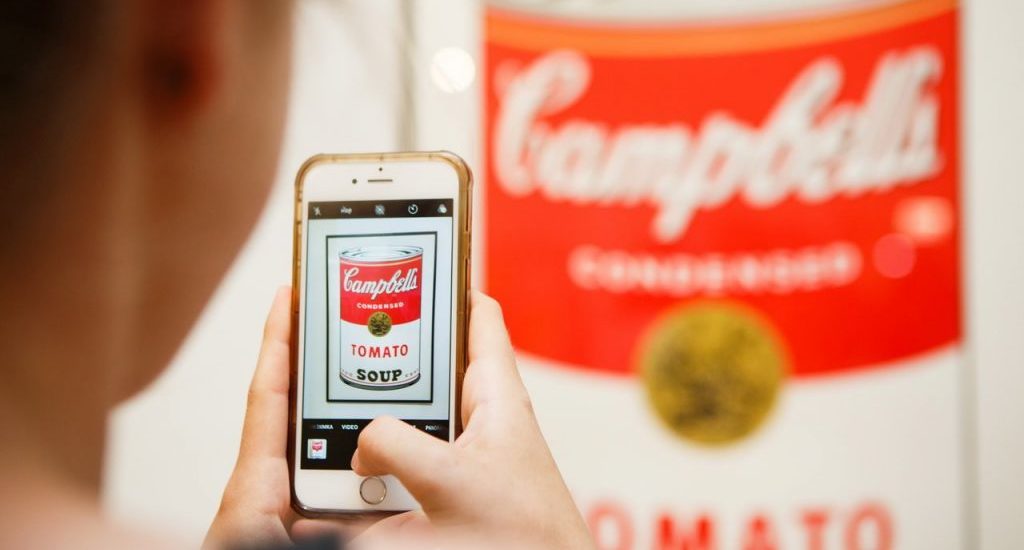 The idea of pop art conceived in Great Britain made a massive impact in the US on the artists of similar professional origins residing in the vivacity and creative spark of the New York metropolis. J.Johns, R.Rauschenberg, R.Lichtenstein, T.Wesselman, A.Warhol, J.Chamberlain and J.Rosenquist, American artists sprung from the field commercial advertising and illustration, institutionalised a drastically different creative endeavour which marked the art of the second half of the 20th century. Each artist created for himself, but they were all mutually connected by similar contexts of life, artistic reactions to living circumstances and the multitude of motifs where they creatively clashed. The focus on mass-consumption products, everyday objects, mass media and pop culture characters became a sort of a thematic supermarket of artistic pop innovation. All things are perishable. There is no longer a need to further explore the abstract expressionisms of the 1940s. Surviving the triviality of everyday life in the urban jungle is equated with the fascination at the masterpiece of art. If the abstract expressionism of J.Pollock relied on the search for spiritual trauma, pop art focussed on the search for the traces of said trauma in the intermediary world of advertisements, cartoons, movies, TV and popular imagery in general.

I wanted to paint nothing. I was searching for the essence of nothing, and the can of soup was it. Andy Warhol

The group of presented exhibitors and other artistic commonplaces within pop art do not agree on the idea of accepting the material wealth of the popular world or the appalled renunciation of the mass production abundance, which turns the pop culture debate into an infinite source of intellectual struggles and a dynamic venue of identity production. However, they share the common allegory to the poignant and colourful polyphony of popular hyper-production of new and infinite varieties of social survival. Or the very a hope of a long-time promise woven into the elation of the famous Robert Indiana:

Pop art is the American Dream, optimistic, generous, and naive!

Therefore, we can only abandon ourselves to the splendor of wonderment, challenge, tease and delight of the American promise through 105 valuable graphic achievements of great pop artists exhibited at the Museum of Rovinj-Rovigno.

Andy Warhol Croatia exhibition graphic print James Rosenquist John Chamberlain pop art print Robert Rauschenberg Roy Lichtenstein Speedskater Tom Wesselmann travelling exhibition Visconti Fine Art
We use cookies to ensure that we give you the best experience on our website. By continuing to use this site you consent to the use of cookies on your device as described in our Privacy Policy.OK